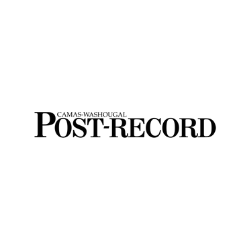 The death of Derik Ford, the former Washougal mayoral candidate who died unexpectedly last week at the age of 45, has been ruled a suicide.

A representative from the Butler County, Ohio, coroner’s office confirmed the manner of death on Thursday, Oct. 21.

Rebecca Irvin, a sergeant for the Fairfield Police Department in Ohio, said Ford’s body was discovered Oct. 15, at the Extended Stay America hotel in Fairfield.

Ford, 45, who owned 2 Rivers Bar and Grill in Washougal as well as several Massage Envy massage parlors in Oregon, had received criticism from local residents about his controversial past , which included being fired from an Oregon police department; backing Massage Envy employees accused of sexually assaulting clients; lying about being dismissed from a police academy; and violating a restraining order following domestic violence allegations .

Despite the controversies, Ford finished in second place in August’s primary election, beating longtime Washougal City Councilman Paul Greenlee for a chance to compete against the top vote-getter, Rochelle Ramos, in the Nov. 2 general election.

Last month, after being arrested and charged with domestic violence on Sept. 15, Ford said he was suspending his political campaign.

Ford’s name will still appear on Washougal voters’ ballots for the Nov. 2, 2021 General and Special Election.

Do You Care About Camas? Share your passion on Camas.info...